Synthesis of Heterocycles by Using Propargyl Compounds as Versatile Synthons


Background: Propargyl compounds such as propargyl alcohols and propargyl amines having several reactive centers have attracted a lot of attention for their various transformation. In particular, these compounds have been recently used as the versatile synthons in the synthesis of various heterocycles via their intramolecular cycloisomerization or cyclocondensation with other unsaturated compounds under different conditions.

Conclusion: In this mini-review paper, we focus on summarizing the recent advances in the synthesis of oxygen- and nitrogen-heterocycles by using propargyl alcohols, propargyl amines and their derivatives as one of reactants. 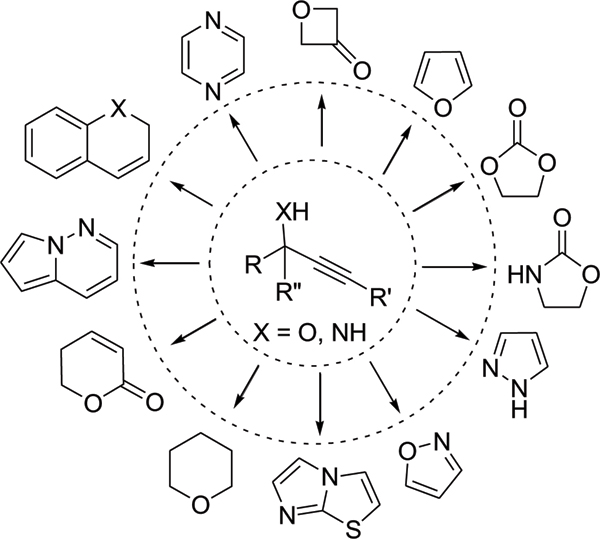